Stuff from this weekend...
D23 wrapped up this weekend, and lots of news came out and lots of trailers were released. Tons of Star Wars news, including a new poster for the upcoming movie The Rise Of Skywalker (showing what appears to be Rey battling Kylo in front of the Emperor). Also, Ewan McGregor was on hand, confirming his return as Obi-Wan Kenobi in a new series for Disney's new streaming channel, which will debut in November (the channel debuts in November, the Obi-Wan show will start filming next year). Also appearing on Disney's new channel...
And, believe it or not...
Netflix also made some announcements. The biggest seems to be the upcoming Breaking Bad movie...
And Good Morning America's Lara Spencer got into a little trouble after making fun of six-year-old Prince George for liking ballet. Trying to make amends, she posted on Instagram over the weekend...

"My sincere apologies for an insensitive comment I made in pop news yesterday. From ballet to anything one wants to explore in life, I say GO FOR IT. I fully believe we should all be free to pursue our passions. Go climb your mountain-and love every minute of it."

Here's the story from Inside Edition...
​Lots of sports and politics trending on social media. Also, a couple pop culture anniversaries. It was the 18th anniversary of the death of R&B singer Aaliyah. It was also the 10th anniversary of Kanye taking the mic away from Taylor Swift at the MTV Video Music Awards...
MONDAY
​National Dog Day!

I haven't seen any local deals for this, but perhaps talking about it will make others take notice and give up some freebies! Here's a link to a story on some deals in other parts of the country --> https://www.bustle.com/p/7-national-dog-day-2019-deals-freebies-that-will-help-you-celebrate-your-furry-bff-18694107
A new study claims having a dog helps you have a healthy heart...
ANOTHER NEW STUDY (WHICH HAS NOTHING TO DO WITH DOGS)...

Half of those applying for new jobs delete their old social media accounts to hide things from their potential new employer. Story here: ​https://www.hrdive.com/news/half-of-candidates-delete-old-social-media-profiles-to-hide-them-from-emplo/561252/
And with that, here's a slightly older (but relevant) story on the top ten things job seekers should not be posting on social media --> ​https://theundercoverrecruiter.com/worst-job-seeker-social-media/
​
NEXTDOOR

Not sure which neighborhoods you use for It Came From Next Door, but I have a friend in L.A. who said her favorite thing recently was when someone named Eric simply posted "I hear a dog barking". People went nuts. First, complaining about all the pet owners and how thoughtless they were, letting their dogs bark all hours of the night (and allowing them to relieve themselves on neighbor's lawns without cleaning it up. Then, people started defending him, saying it isn't a big deal if a dog is barking, and they live in a suburban area where people have dogs and you should just get used to it!

The thing my friend found so amusing about all this, is that Eric didn't say it if was good or bad, only that he heard a dog barking. This was about a week ago, and people are still posting about it!
TUESDAY
National Just Because Day!

National Just Because Day offers up an opportunity to do stuff…just because.  Feel free to celebrate this day any way you choose!
BABY BOTOX 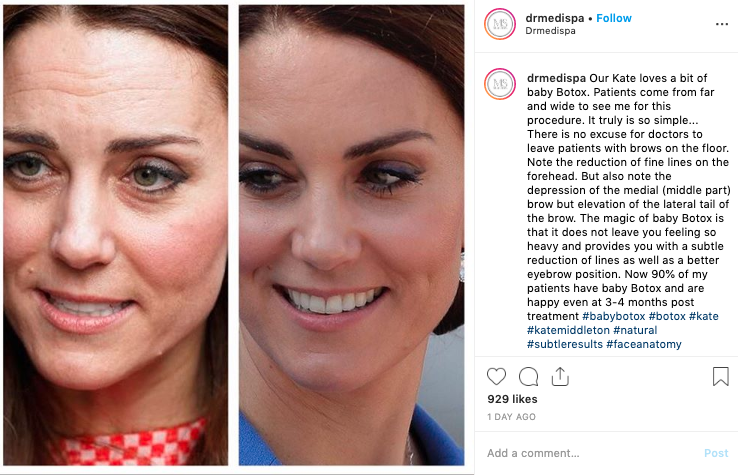 By the way, the post was made by plastic surgeon Munir Somji, the chief medical officer of London's DrMediSpa clinic, as a way to try and get new clients. If Baby Botox was good enough for Kate, it's good enough for you!
​
NEW STUDY

​A new study from Texas A&M Transportation Institute has determined the average American commuter wastes 54 extra hours a year in traffic delays. Of course, 54 hours is just an average. Here are the ten cities with the worst traffic delays...

San Diego is number 16, where commuters spend an average of 64 hours per year stuck in traffic.

Totaljobs has found that less than 1 in 5 of us trust our bosses. Only 18% actually trust their boss.

The study found that half of us have quit a job over distrust of a boss.

Meanwhile, the bosses surveyed have a completely different opinion of themselves. Over 80% believe that they are trustworthy and have a good relationship with their employees.
NEXTDOOR

FirstDirect finds that most of us only use about a fifth of the apps on our Smartphones. And on average, we have 26 apps on our phones.

About a third of us rarely delete an app. And two-fifths will hide an app they rarely use, or don't want to use, instead of deleting it.

While the app stuff is interesting, also of note is that, on average, we have 550 pictures and videos on our phones!